GATEWAY OF LIGHT
Sanctuary for all beliefs
The Gateway of Christ Consciousness
​
The Gateway of Light in Pearce Arizona stands as two pillars at the gateway of the Cochise Stronghold on the east side of the Dragoon Mountains.  To the south of the stronghold’s mouth is the Grapevine Oasis at the mountainous outlet of the Grapevine Canyon. To its no rth is Sky Island Oasis at the literal granite foot of Mount Glen, the highest point of the Dragoon Range.   One a canyon form the other its reverse a ridge line; both at the end of two zig-zagging metaphors of light. Connecting these pillar of the Gateway of Light church into a single sacred space, a church of nature, was accomplished by forming an Ichthyus of sacred geometry (the geometry of water) by drawing two arcs of common radius whose lines intersected in the Rockfellow Dome at the Heart of Cochise’s stronghold.  A Christ based church we use the ancient symbol of Christ the Ichthyus, the “sign of the fish” or the “Jesus fish” harkening back to the miracle of the loaves and fishes. It is the expressed purpose of the Gateway of Light, like this symbol, to give sustenance t: Body, Heart, and Soul.

The Ichthyus is considered the mother of sacred geometry as its form births other geometries like the ‘flower of life’ geometric and ‘Metatron’s Cube’.  A similar geometry of nature as that of the two hydrogen atom’s bond to the oxygen atom in water, the Ichthyus  symbolizes the ‘waters of life’ that poured from the crucified Christ into the waters of the world we still drink in communion through this ‘mystery of Golgotha’.  To co-create this sacred landscape with spirit, land and Man four earthrings were place on the land to draw out the two common radii and two intersecting points of the Ichthyus.

An earthring is a form taken from God’s template of creation. We see the earthring expressed in the radiance of the human eye, in the nested spheres of Earth’s interior, and the ring patterns of our solar system, galaxy, and quantum gravity. Itself a geometric product of the enneagram, or nine-pointed star, earthrings physically lock our Ichthyus to the matrix of creation. Using gold leaf placed under the nine stones of its outer ring of stones and center these four earthrings connect with the gold, copper and silver bearing ground that rings and impregnated the Dragoon Mountains of Cochise County Arizona.
Placed upon the land on the 143rd anniversary of the death of the Chiricahua Apache Peace Chief Cochise on June 8th 2017; these earthrings and greater Ichthyus  were purified by the Lizard Fire, that started that same day, and cleared the land of the old making way for a new light to enter the land through this ‘gateway’ of Christ’s pure light.
​
We of the Gateway of Light church made this gift, this portal and offering to: God,  the land, its ancient, present and future  peoples; as a benediction of love so that we may come together as one single co-creative whole, in health and a unity of spirit with “all our relations”. May the message of God reach far and wide, illuminating, and making the whole of humanity as one single family under the motherhood of God. 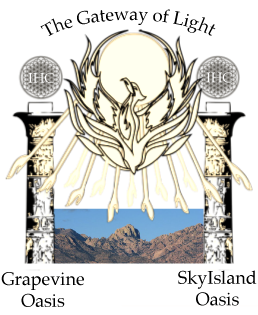 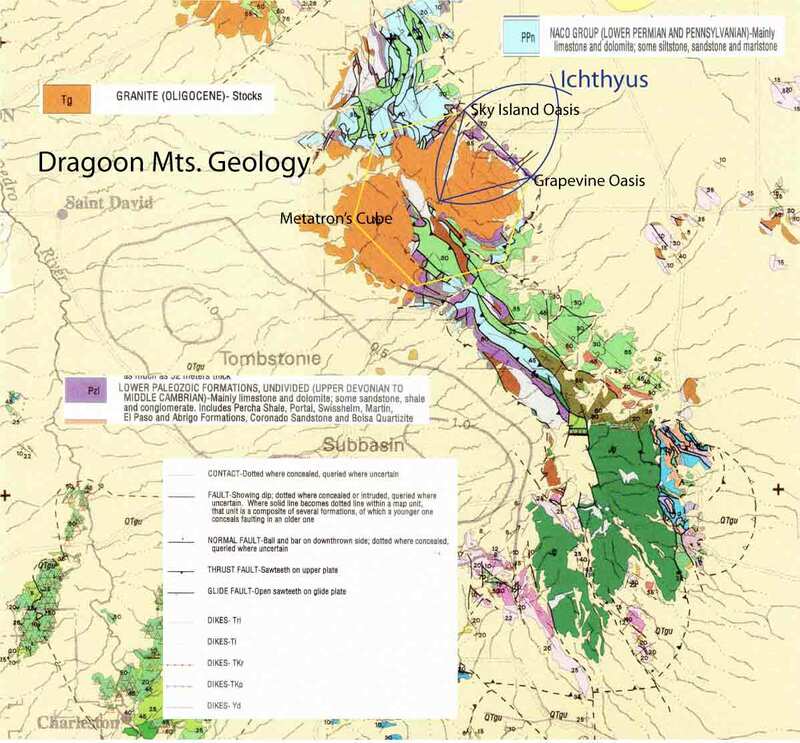 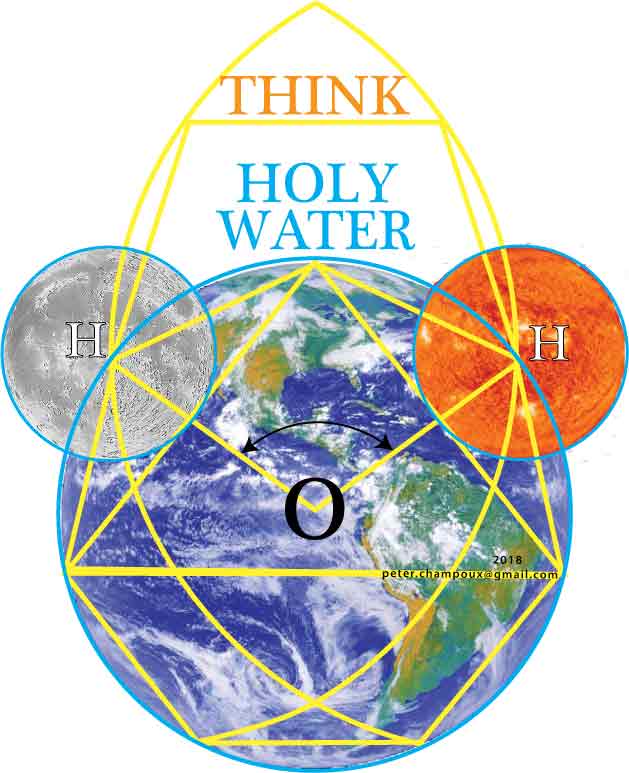 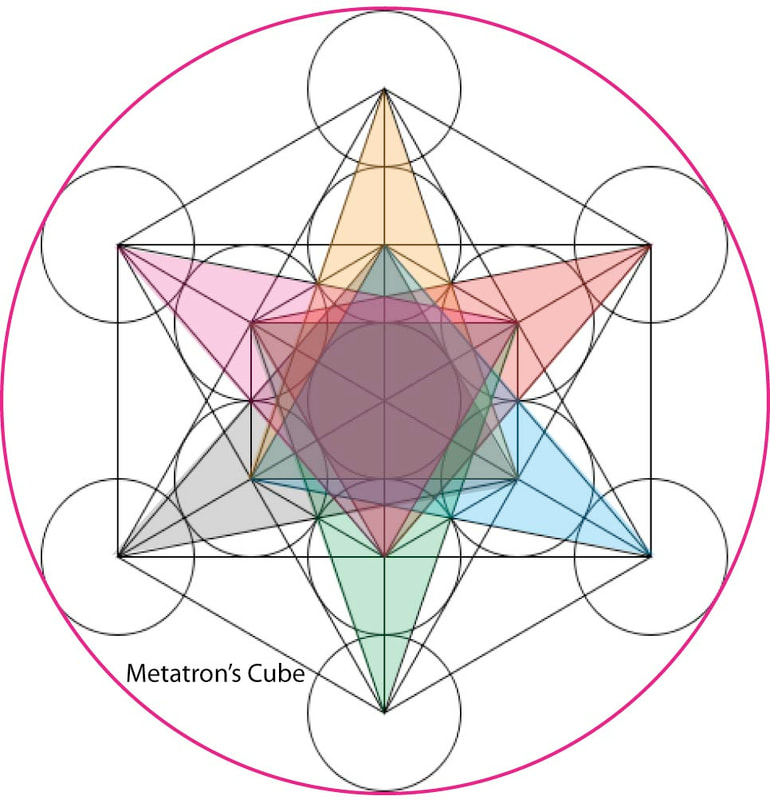 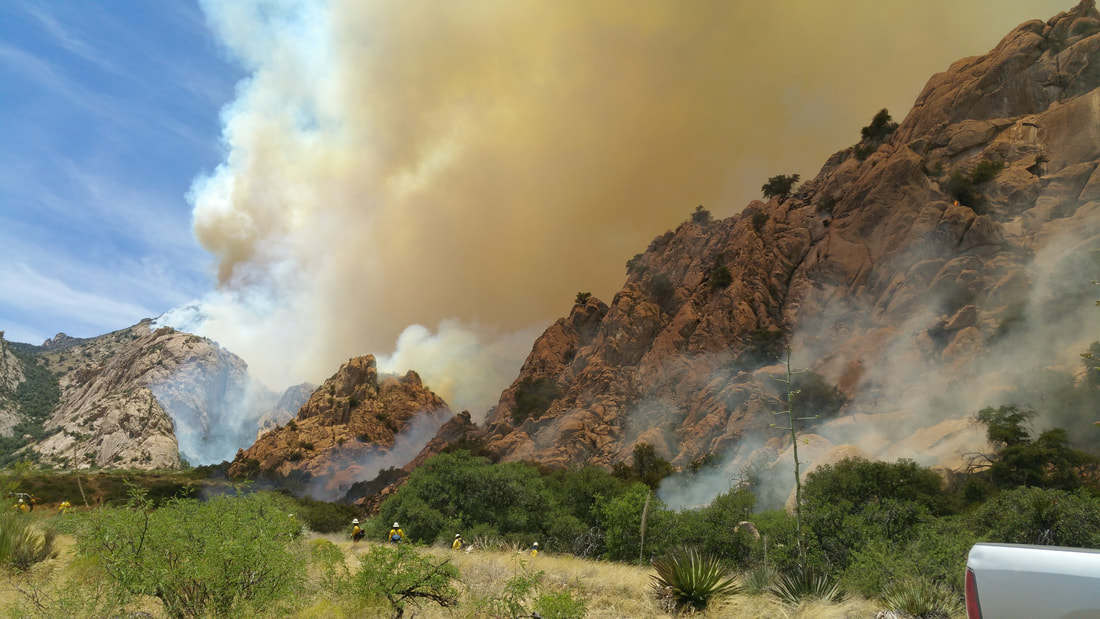 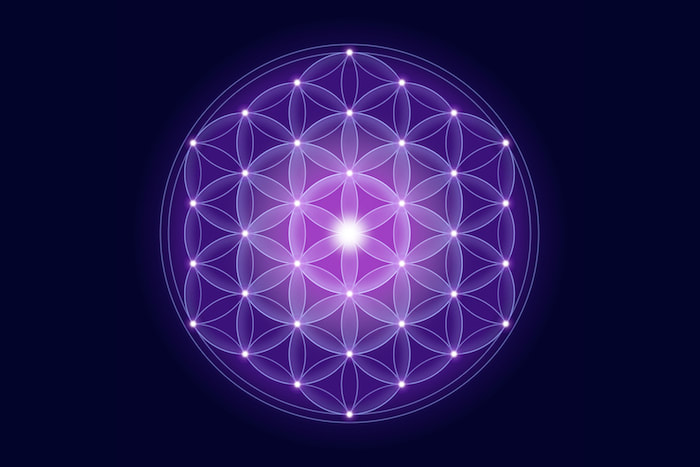 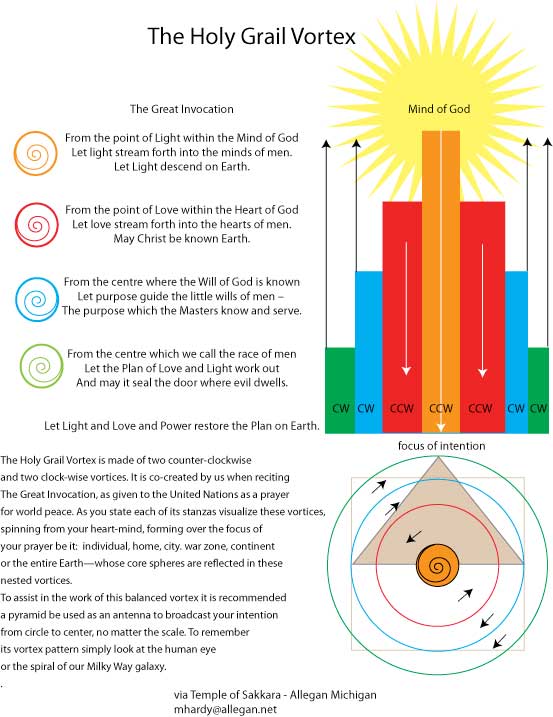 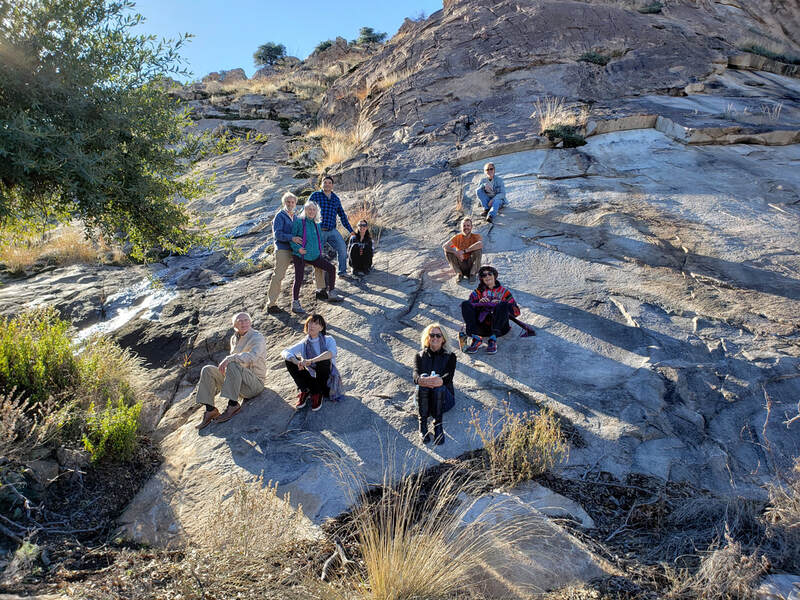 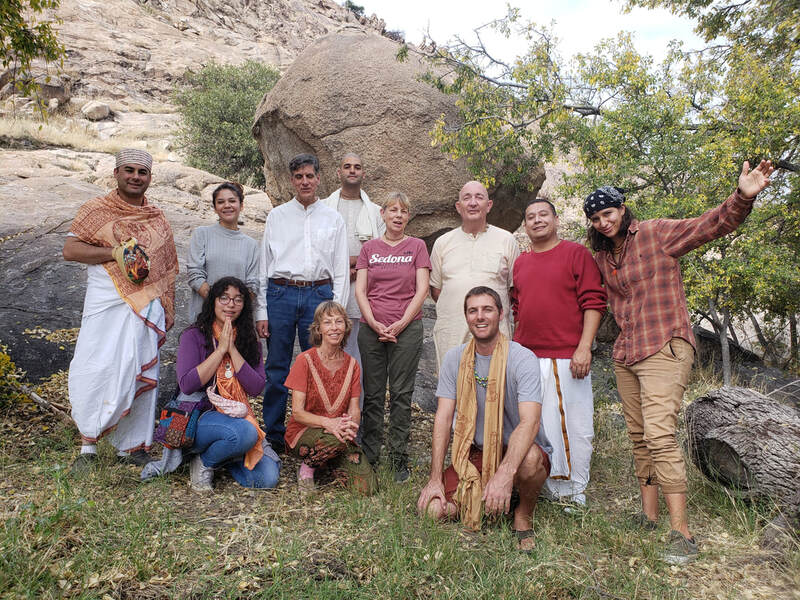